‘Knights of Sidonia: Love Woven in the Stars’

‘Knights of Sidonia: Love Woven in the Stars’ Animated Feature Coming in 2021 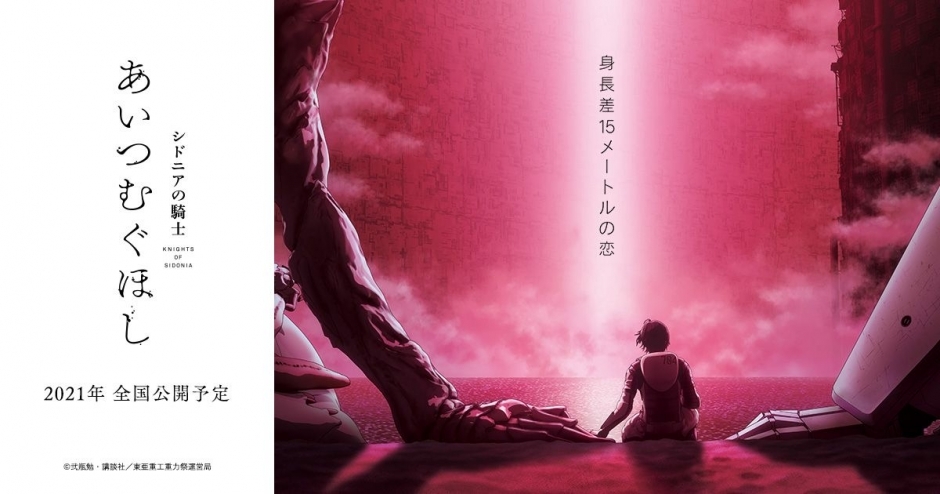 Leading Japanese production studio Polygon Pictures has just revealed that work is underway on Knights of Sidonia: Love Woven in the Stars, an animated feature film based on the space opera and mecha comic series, “Knights of Sidonia,” one of the signature works of internationally acclaimed manga creator Tsutomu Nihei (Aposimz, BLAME!), winner of the Kodansha Manga Award and Seiun Award.

Scheduled for release in 2021, the film, billed as the final chapter in Nihei’s story, will feature new content from the original comic. Polygon Pictures previously produced two seasons of an anime series adaptation, Knights of Sidonia, which ran in 2014-2015.

The film will chronicle the long-awaited final battle for Sidonia, where the crew must once more fight to protect those they love, and for the future of humanity itself! In the new teaser trailer, we see feelings are growing between the ace Guardian mech pilot Nagate Tanikaze and the Gauna-human hybrid Tsumugi Shiraui, despite their height difference of 15 meters. The trailer also features the song “Utsusemi,” by Yasutaka Nakata and Toshiko Koshijima’s group CAPSULE.

your network shall support visiting google.

According to Nihei, “Love Woven in the Stars reveals some answers which were not in the original comic! I didn’t put these parts in the comic originally as I wanted to leave it up to the readers’ imaginations… is what I would say but that’s a lie – I just forgot to write them! And the film contains a number of other new elements as well. So even if you have read the comic, it’s a must-see! And if you haven’t read the comic yet, I’m sure you’ll want to after seeing the film! I can’t wait to see it either!”

Director Tadahiro “Tady” Yoshihira adds, “Knights of Sidonia was the title that sparked in me the will to become a director, so no other title holds as much importance for me. We built this tale not just for the existing fans who have supported us, but also for those who will see this for the first time, to know the scale of this story, its quirks and its personality. We are proud to bring you this entertainment spectacle of the life-and-death battle between the human race and the Gauna, and the deep emotional drama of those caught in its midst.”

The production once again brings together the core Knights of Sidonia creative team, under the supervision of Nihei. A mobile phone game based on the property is also now in development, to be released by WFS in 2021 alongside the feature film. The official game teaser site can be found here.

You can find more information on the newly launched official Knights of Sidonia website.